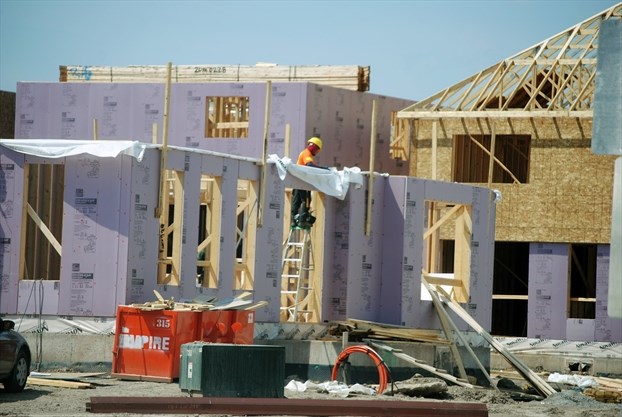 If you thought you seemed to be seeing a whole lot of cranes and bulldozers operating and homes being built last year in Niagara Falls, you weren’t imagining it.

New statistics by the City of Niagara Falls show 2019 was a busy one for the important residential and commercial construction sectors, with both positive and negative impacts being tracked.

For instance, Niagara’s booming housing market is seeing home prices here continuing to see double digit increases in home prices year over year, yet renters are feeling an unprecedented squeeze as vacancy rates plummet to near zero per cent.

For years, Niagara watched with envy as other Ontario regions surrounding the economic engine that is Toronto grow fat with double digit growth while this region’s growth and economic performance remained stagnant. But that started changing rapidly several years ago when the housing boom that roared out from the red-hot Toronto market started rumbling across Hamilton and then reached Niagara.

As far back as 2018, the National Bank of Canada’s Metropolitan Economic Momentum Index found Niagara had the second strongest economic momentum in Canada, behind only Hamilton.

The National Bank study said Niagara’s powerful economic showing was being driven primarily by housing prices that had soared faster than almost every region in the country, and non-residential building investment that’s grown by more than 30 per cent.

In a recent report presented to city council on Niagara Falls’ development and housing in 2019, planning department assistant planner Peggy Boyle and policy planning manager Brian Dick said the city’s population already grew by six per cent from 82,997 people in 2011 to 88,091 in 2016, according to census data.

The new report uses statistics compiled from a variety of sources and gives decision-makers at city hall insight into what types of housing are being constructed, what kind of housing will be needed in the future to accommodate the city’s growing population and how to manage what is expected to be a big increase in the number of people calling Niagara Falls home in the years to come.

City staff say all those numbers allow city politicians to make more informed decisions on infrastructure projects such as where to invest in roads, sewers, fire stations and other city investments as well as ensuring there are adequate supplies of land for housing and commercial and industrial development.

Boyle said the region’s growth strategy says the city’s population is expected to soar by almost 37,000 in the next 20 years or so, equal to the combined population of Port Colborne and Pelham.

That will mean a whole lot of new housing will have to be built in a city that’s already seen a beehive of new home construction in the south end.

But the report also points to rapidly changing demographics in the city: that population boom won’t come from us having babies because birth rates remain low. Instead, the report said it will come primarily from other provinces but also from people arriving here from countries half a world away in search of a better life for their families.

While the number of residential building permits issued fell from 494 in 2018 to 292 in 2019, the number of housing starts increased by 77 per cent year-over-year to 437 units. “This could have been a result of increased housing costs in the GTA, drawing people to Niagara Falls in pursuit of less expensive housing,” said Boyle.

The value of industrial, commercial and institutional construction saw a 348 per cent increase in 2019 over a year earlier, to $143 million, said Dick. That huge increase was largely driven by the new Fallsview Casino entertainment centre with a value of about $132 million, he said.

While the new report notes the big casino entertainment centre is a rarity, it’s hoped the centre will act as a catalyst that will generate additional investment and development activity in the Fallsview tourist area in the coming years.

The real estate market in Niagara Falls continued to be very strong in 2019 with the average price of a home soaring 9.15 per cent according to the new report. While the COVID-19 pandemic shut down most of Ontario for several months starting in March, new statistics from the Niagara Association of Realtors suggests 2020 will be another banner year for the home resale market in the region.

Association statistics show its home price index — which looks at the price of homes between the age of 51 and 99 with three bedrooms and two bathrooms — increased by 13.4 per cent in July and by 11.4 per cent in June compared to the same months a year earlier.

But if you’re a renter, the statistics are sobering.

A big part of so-called smart growth principles the province wants cities and towns to adhere to is intensification, building new homes within existing urban centres already serviced by services such as water and sewer pipes, decent roads and fire stations, rather than continuing urban sprawl.

Dick said the city has only met its intensification target in one year recently, in 2018. But he noted intensification is expected to increase in the city to avoid the “unsustainable costs” of urban sprawl.

“This will make the city more healthy, livable and sustainable for residents,” he said.

STORY BEHIND THE STORY:

Niagara This Week used new data from the City of Niagara Falls to look at the value of new developments and the state of building activity in 2019.