Niagara has it all 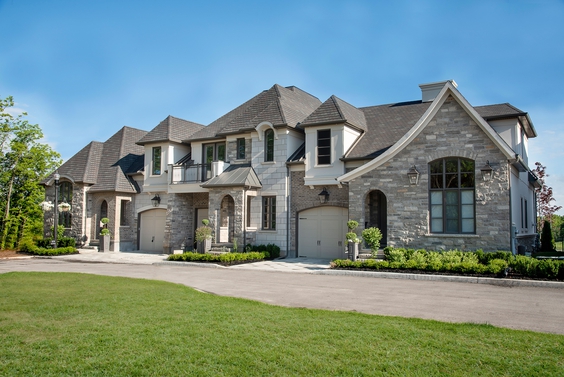 Canada’s historic Niagara region, which spans some 1,850 kilometers from Lake Ontario to Lake Erie in southern Ontario, has always been known for its wines, tourism, and one of the wonders of the world – the mighty Niagara Falls.

But Niagara has new bragging rights. It has become one of the hottest real estate markets in Canada, with not even the pandemic able to dampen demand as more buyers seek to escape densely populated city hubs and a new trend of working from home offices emerges as the new norm.

The numbers are staggering.  After a slight slowdown in April and May, as isolation lockdowns took effect, in June the market surged to new records with home sales up a whopping 59%, compared to May, and the dollar value of those sales hitting a record $338.5 million, up 31.5% compared to June 2019, reports the Niagara Association of Realtors.

The market was on fire again in July, with sales up 29.5%, compared to June 2020, and up 38.5% compared to July 2019 – resurrecting a pattern of hot demand in recent years in Niagara -pegged one of the best places to buy in Canada.

“Niagara is a gem in our biased opinion,” says Michael Colaneri Jr., whose parents, Mike and Angie Colaneri, founded Pinewood Niagara Builders 40 years ago and who have witnessed firsthand the transformation of Niagara being one of the sleepiest real estate markets into a hotbed of demand.

One reason, of course, is affordability.  Even though Niagara home prices jumped almost 50% in the past three years– hitting an average of $473,500 for single family homes in July, up $10,000 from June and up 13% from $417,700 in July 2019 -they are still cheaper than the million-dollar-plus price tags in many Greater Toronto Area (GTA) neighbourhoods. In Toronto, for example, the average price of all types of single family homes will set you back by $943,710.

Another reason Niagara has become popular is the addition of the Niagara GO Train, which Metrolinx kicked off in 2019, making commuting easier.

And now, there’s the new trend of home offices, with employers realizing employees can work effectively and efficiently from home. Also, don’t forget the boomers, who are cashing out to enjoy their sunset years in this romantic area.

“We also have breathtaking views and wineries along with five-star dining,” he said. “When you can experience all of this but have the peace of tranquil neighbourhoods, Niagara is a sure choice.”

Pinewood Niagara Builders, along with many homegrown firms, are enjoying the boom with plenty of new developments to satisfy the demand of a population expected to double to a million by 2041.

For Pinewood, this includes apartment buildings, townhomes and detached homes in Niagara Falls, the Rolling Meadows in Thorold, and luxury condos and townhomes in St. Catharines.

I recently visited the site of Pinewood’s Arbour Vale project in St. Catharines – an enclave of luxurious chateaus and a planned four storey condo building, nestled in luscious green space with a Versailles, French village touch. No premium quality detail is spared.

“Everyone deserves quality,” said Colaneri Jr., who adds “it is important to us to show Niagara offers the best in terms of quality, production, service and affordable luxury.”

Linda Leatherdale, former Money Editor of the Toronto Sun, is Vice President of Cambria Canada and a financial commentator.